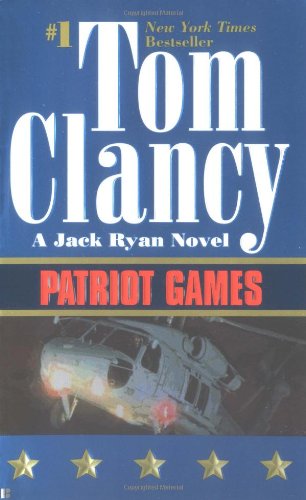 While vacationing in London, CIA analyst Jack Ryan saves the Prince and Princess of Wales from a terrorist attack and gains the gratitude of a nation and the enmity of its most dangerous men

The bestselling author of Red Storm Rising and The Sum of All Fears brings Jack Ryan back to fight his deadliest battle yet.

From England to Ireland and America, an explosive wave of violence sweeps a CIA analyst and his family into the deadliest game of our time: international terrorism. An ultra-left-wing faction of the IRA has targeted the CIA man for his act of salvation in an assassination attempt. And now he must pay ... with his life.

From the reviews of Patriot Games:

‘Tom Clancy has picked up the fiction mantle where Frederick Forsyth left off. The fast action thriller that Clancy fans have come to expect.’
Sunday Times

Book Description Condition: New. A CIA analyst and his family are targets in the deadliest game of our time: international terrorism. In an explosive wave of violence, an ultra-left-wing faction of the IRA hunts one man for his act of salvation in an assassination attempt. And now he must pay.with his life. Seller Inventory # 9780425109724