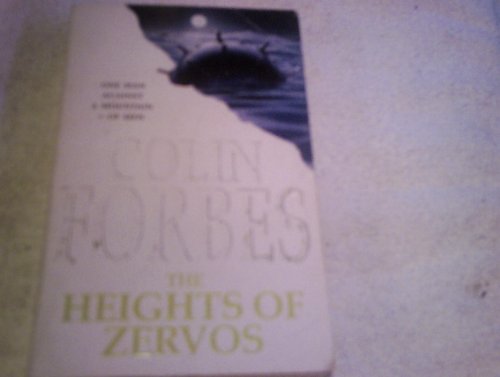 April 1941. Set in Greece and the waters surrounding it, "Heights of Zervos" is a tale of British heroism against the odds. In "Double Jeopardy" a British secret agent is found murdered on Lake Konstanz in Bavaria, with a neo-Nazi sign carved on his back.

One man against a mountain of men... don't miss this classic thriller from the bestselling author.

Colin Forbes was the principal pseudonym of British novelist Raymond Harold Sawkins. Sawkins wrote over 40 books, mostly as Colin Forbes. He was most famous for his long-running series of thriller novels in which the principal character is Tweed, Deputy Director of the Secret Intelligence Service. He is also the author of Double Jeopardy.

Double Jeopardy and The Heights of Zervos