Items related to Heights of Zervos 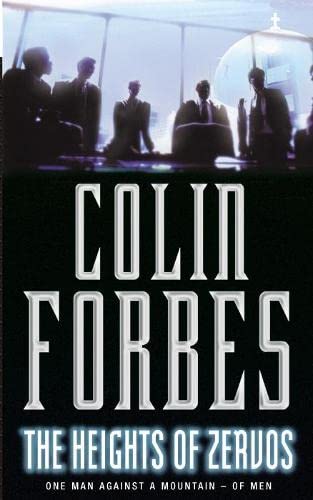 'The downward gradient increased as he pressed his foot harder and prayed - prayed against two catastrophes . . . '

April 1941 - the monastery on the heights of Zervos takes on a crucial new significance as the Germans prepare to invade Greece.

A Scots secret agent, a Greek patriot and two English soldiers face tremendous odds as they race against time to dent crack Nazi troops the use of this vital observation post.

The action begins at sea and continues non-stop overland in a murderous mind-killing creep up the ice-bound mountain, culminating in a sensational, breathtaking, nail-biting finish . . .

One man against a mountain of men... don't miss this classic thriller from the bestselling author.

Colin Forbes was the principal pseudonym of British novelist Raymond Harold Sawkins. Sawkins wrote over 40 books, mostly as Colin Forbes. He was most famous for his long-running series of thriller novels in which the principal character is Tweed, Deputy Director of the Secret Intelligence Service. He is also the author of Double Jeopardy.

The Heights of Zervos

The Heights of Zervos