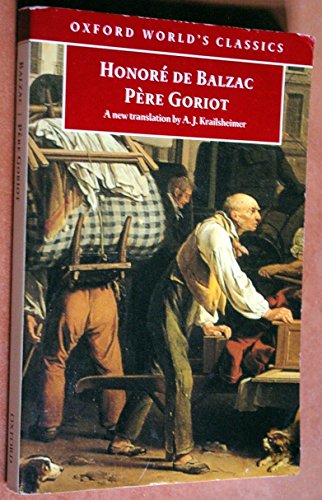 This is the tragic story of a father whose obsessive love for his two daughters leads to his financial and personal ruin. It is set against the background of a whole society driven by social ambition and lust for money. The detailed descriptions of both affluence and squalor in the Paris of 1819 are an integral part of the drama played out by a wide range of characters, including the sinister but fascinating Vautrin. Unquestionably one of Balzac's finest novels, Pťre Goriot still has the power to move the modern reader.

A prolific writer, Honore de Balzac (1799-1850) is generally regarded, along with Gustave Flaubert, as a founding father of realism in European literature, and as one of France's greatest fiction writers.

Specially commissioned for the World's Classics, this translation includes a full editorial apparatus.