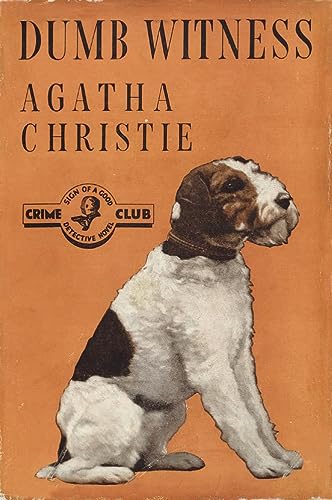 A facsimile first edition hardback of the Poirot book, famously featuring Agatha Christie’s own dog on the cover.

Everyone blamed Emily’s accident on a rubber ball left on the stairs by her frisky terrier. But the more she thought about her fall, the more convinced she became that one of her relatives was trying to kill her.

On April 17th she wrote her suspicions in a letter to Hercule Poirot. Mysteriously he didn’t receive the letter until June 28th...by which time Emily was already dead...

‘One of Poirot’s most brilliant achievements.’
Glasgow Herald

Book Description Condition: New. Brand New Paperback International Edition.We Ship to PO BOX Address also. EXPEDITED shipping option also available for faster delivery.This item may ship from the US or other locations in India depending on your location and availability. Seller Inventory # ABBUN-67297