Items related to No Boundaries for Lucifer

No Boundaries for Lucifer 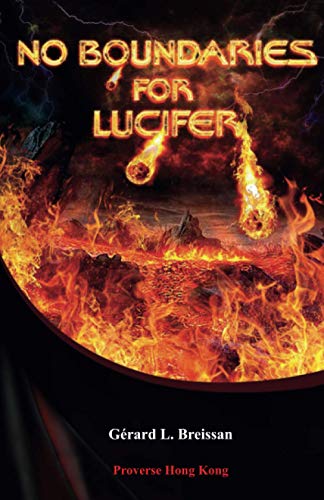 1. No Boundaries for Lucifer (Paperback)

Book Description Proverse Hong Kong, Hong Kong, 2020. Paperback. Condition: New. Language: English. Brand new Book. A team of six US servicemen escape from a Vietcong prison-camp and become an easy prey for Satan. They encounter helpful local residents, the Head of Military Intelligence, pirates dealing in contraband and members of a Roman Catholic mission. The story of the escape is punctuated by tales of demonic possession and religious training. // G╔RARD LOUIS BREISSAN is a native of Aix-en-Provence, South of France; and a Canadian citizen. As a boy, he studied classical literature and showed an early gift for writing, winning many school and regional prizes, as sponsored by the publishers, Hachette and the LycÚe Mignet.He wanted to see the world and chose a career in the Hospitality Industry as a means of achieving this ambition. He has worked in Bermuda, Canada, the UK, and the USA, and has spoken at conferences and given consultancy services in India, the Lebanon, and the Philippines. For four years he was a summer lecturer at the prestigious Cornell University Hotel School, teaching Food and Beverage management for the professional development programme. While in Canada, he was frequently invited by large food organizations - such as the Clover group, Halifax, Nova Scotia, The Canadian Federation of Chefs and Cooks and The Canadian National Hotels (Atlantic Provinces) group - to be a Keynote speaker at events such as trade shows and exhibitions, including The Apex Show (Atlantic Provinces), at well-known venues which have included, for example, The National Art Centre, Ottawa.Since 2005, he has been working and living in China, where he is the Head of Hospitality and Tourism Management at Jilin University-Lambton College in Changchun, China, taking the chance also to travel around the country to learn about Chinese culture and traditions.Breissan never forgot his passion for writing. While working in London, England, at famous hotels such as the Savoy, Connaught and Hilton Hyde Park Corner, he studied at West London College, subsequently specializing in English writing and poetry. After moving to Canada and rising to executive positions he continued to write and was in due course appointed the National Editor of Essence magazine, the official publication of the Canadian Federation of Chefs and Cooks. In 1995, he received the Sandy Sanderson Journalism award in tribute to his numerous published articles in Trade magazine. Food service operators have often used these materials for educational purposes and motivational tools. These have included - in Canada - Ocean Pointe Resort (Victoria British Columbia) and The Canadian Restaurant and Food Services Association, Toronto, Ontario; and - in India - the Welcomgroup Hotels, Palaces and Resorts.Breissan's first novel, The Day They Came, was published by Proverse in 2012. "No Boundaries for Lucifer is certainly a very interesting novel, precisely because it is an admixture of apparently incongruous ingredients into an distinctively tasting compote. Namely the Viet Nam War. French Catholic personnel. An American officer. And The Devil Incarnate himself. Imaginative, intense, intriguing. I will follow the future penmanship of GÚrard Louis Breissan with considerable interest." --Vaughan Ratapahana. Seller Inventory # APC9789888491759