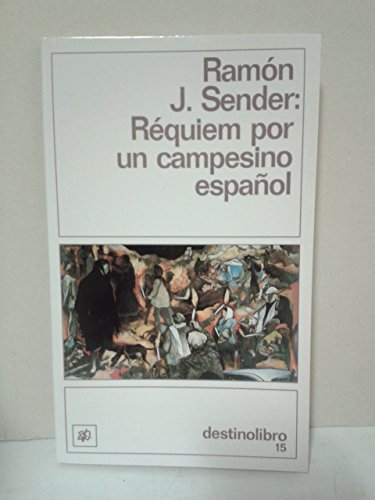 "Requiem per un campesino espanol" was first published under the title Mosen Millan in Coleccion Aquelarre,Mexico, 1953. The present text follows the first Spanish edition published by Destino, Barcelona, 1974, which bears a few minor variants, mainly in paragraph structure. It has been reprinted a number of times and translated into many languages and is one of the most widely read Spanish texts in the 20th century. This edition is aimed primarily at sixth-formers and university undergraduates and the introduction and notes have been compiled in the light of recent socio-politial topic-based syllabuses and communication studies courses. The inclusion in the introduction of a substantial section on the now out-of-print "Contraataque" (1937), the wartime narrative which contains the germ of the post-war novel, is intended to provide the student with a context for the study of the process in Sender's writing inspired by the Civil War - from explicit militant propaganda penned in the heat of battle to implicit poetic parable, historical emotion recollected in the comparative tranquillity and distance of exile. It is hoped that such a juxtaposition will illuminate both the content and literary achievement of "Requiem".