Items related to Love is not about Staying together (Chinese Edition)

Hou Yuyan Love is not about Staying together (Chinese Edition)

Love is not about Staying together (Chinese Edition) 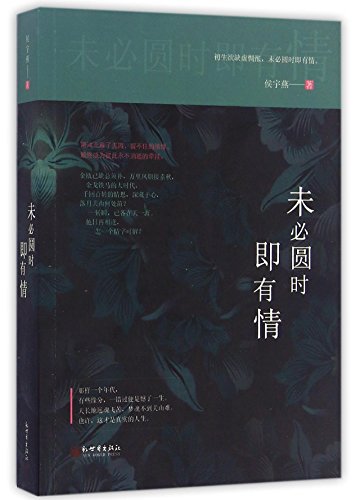 Spanning over half a century, Love is not about Staying together depicts vividly different choices made by the declined families in the regions south of the Yangtze River in the situation of national disaster and rebirth around anti-Japanese war. The book mainly relates how some university students, overseas Chinese returning from the South Seas and soldiers devote their life to the fighting against Japanese invasion, joining in the ""December 9th"" anti-Japanese demonstration, experiencing the Songhu Defending War and Wuhan battle, etc.

Shipping: FREE
From China to U.S.A.

Book Description paperback. Condition: New. Language:Chinese.Paperback. Pub Date: 2016-12-01 Publisher: new world press The author to sympathetic ink. close to describe the individual fate in the big time. Soviet love. just like a wonderful TV series.Vividly depict the before and after the war of resistance jiangnan old home in national disaster and rebirth of the decline of the different choice. time span of 65 years. from before the war of resistance to the reform and open policy. Seller Inventory # DO000221