Items related to Religion in the Achaemenid Persian Empire: Emerging... 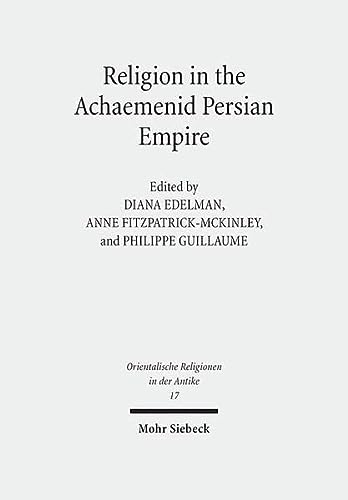 The Achaemenid Persian imperial rulers have long been held to have exercised a policy of religious tolerance within their widespread provinces and among their dependencies. The fourteen articles in this volume explore aspects of the dynamic interaction between the imperial and the local levels that impacted primarily on local religious practices. Some of the articles deal with emerging forms of Judaism under Achaemenid hegemony, others with Achaemenid religion, royal ideology, and political policy toward religion. Others discuss aspects of Phoenician religion and changes to Egyptian religious practice while another addresses the presence of mixed religious practices in Phrygia, as indicated by seal imagery. Together, they indicate that tolerance was part of political expediency rather than a universal policy derived from religious conviction. Contributors: Damien Agut-Labordere, James Anderson, Mark Christian, Philip R. Davies, Diana Edelman, Anne Fitzpatrick-McKinley, Christian Frevel, Philippe Guillaume, Lowell Handy, Russel Hobson, Deniz Kaptan, Jared Krebsbach, Yannick Muller, Katharina Pyschny, Jason M. Silverman

Religion in the Achaemenid Persian Empire