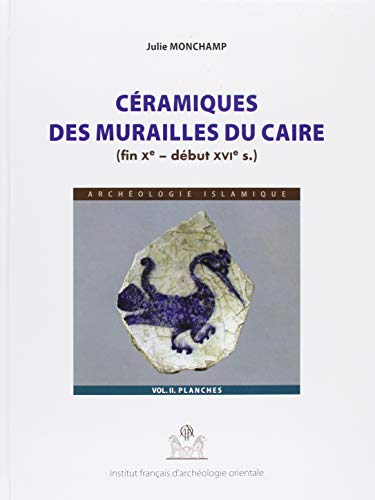 The archaeological excavations undertaken by Aga Khan Cultural Services and the French Institute of Oriental Archeology in Cairo between 2000 and 2009 along the Ayyubid walls of Cairo, revealed an earlier mud brick rampart which, until then, had only previously been spoken of in written sources. Moreover, these excavations revealed Fatimid tombs, Ayyubid artisan structures, as well as houses and workshops from the Mamluk era. A large quantity of pottery sherds from the Fatimid, Ayyubid and Mamluk eras were also discovered and dated thanks to the stratigraphic analysis of the site. The study of the material presented in this volume shows the chronological development of the shapes of common and glazed wares over more than five centuries. It also reveals a great diversity of forms and glazing techniques as well as specific aspects of each of the periods presented. Lastly, it helps shed light on the daily life and socio-economic context of this district of the capital during the relevant periods.