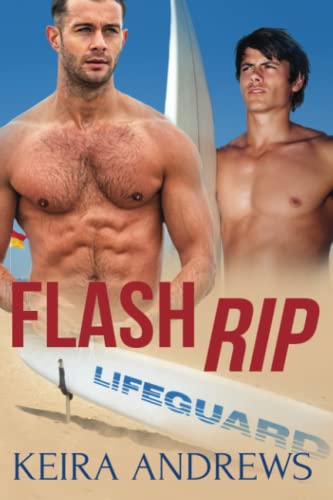 Book Description Paperback. Condition: New. Language: English. Brand new Book. On Australia's hottest beach, the most dangerous current is between them. Training to be a lifeguard is tough work, but Cody Grant loves a challenge. He spends long days in the sun and surf rescuing swimmers from treacherous rip currents while trying not to lust after senior lifeguard Liam Fox-who is deeply, painfully closeted. Liam was supposed to be a football legend. Now in his mid-thirties, it's been over a decade since his dream shattered along with his knee. Fans still recognize him regularly, and he's terrified his sexuality will be discovered and his conservative parents will reject him. He has strict rules to protect his secret and keeps everyone at arm's length. Liam never acts on his need to surrender after being shamed for it years ago by the first and only man he trusted. Out and proud Cody fascinates Liam-and tempts him to break all the rules. Cody is practically half Liam's size and age but has the confidence and compassion to take charge and give Liam the release, affection, and acceptance he desperately craves. But how long can a secret affair satisfy their hearts? As if saving lives isn't hard enough, Cody faces his greatest challenge yet convincing Liam to trust him and find the courage to live out loud. Flash Rip by Keira Andrews is a gay romance featuring a slow burn, an age gap, first times and exploration, and of course a happy ending. Seller Inventory # AAV9781988260426