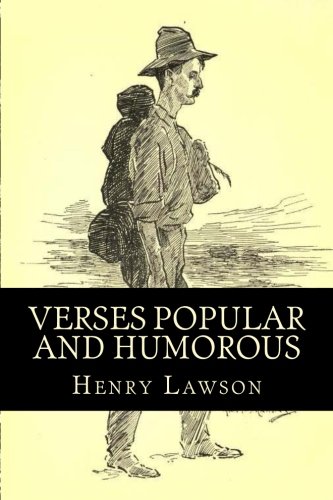 Verses, Popular and Humorous (1900) was the second collection of poems by Australian poet Henry Lawson. It was released in hardback by Angus and Robertson publishers in 1900. It features some of the poet's earlier major works, including "The Lights of Cobb and Co", "Saint Peter" and "The Grog-An'-Grumble-Steeplechase". Most of the poems in the volume had been written after the publication of In the Days When the World was Wide and Other Verses in 1896.
The original collection includes 66 poems by the author that are reprinted from various sources. Later publications split the collection into two separate volumes: Popular Verses and Humorous Verses, though the contents differed from the original list.