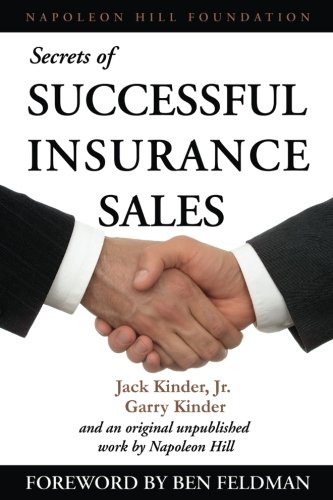 This book grew out of the discovery, in 1986, of an unpublished manuscript by Napoleon Hill, author of Think and Grow Rich. Michael J. Ritt, Jr., executive director of the Napoleon Hill Foundation in Northbrook, IL, knew that sometime during the 1950s Hill had written a book entitled The Science of Successful Insurance Selling, but the work had been lost among the trucks full of papers left by the author at his death in 1970. Hill had organized the text as a series of seventeen lessons, apparently to be taught in a seminar context, each lesson based on one of the seventeen principles of success that he and W. Clement Stone developed when they worked together on seminar and books, including the self-help classic Success through a Positive Mental Attitude. Ritt was elated with his find. He knew that insurance-industry examples and figures were too outdated to make the book viable as it stood, yet it would be a shame to let the old mater’s view on insurance sales languish forever in a dusty archive box. So he sought W. Clement Stone’s advice on what do do with it...

Napoleon Hill was born in 1883 in Wise County, Virginia. He began his writing career at age 13 as a "mountain reporter" for small town newspapers and went on to become America's most beloved motivational author. His work stands as a monument to individual achievement and is the cornerstone of modern motivation. His most famous work, Think and Grow Rich, is one of the best-selling books of all time. Hill established the Foundation as a nonprofit educational institution whose mission is to perpetuate his philosophy of leadership, self-motivation, and individual achievement. www.naphill.org