Items related to Of 4 and 5 Squares

Kostelanetz, Richard Of 4 and 5 Squares 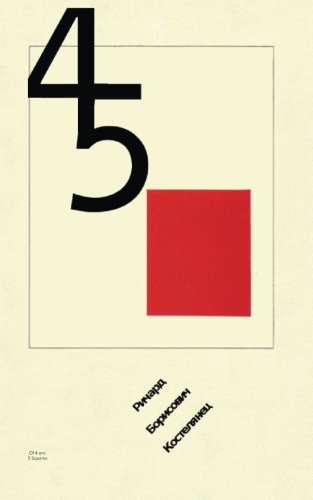 In a rich variant of his Constructivist Fictions, the writer/book-artist Richard Kostelanetz has hand-drawn abstract graphic fictions of visually different squares moving around the field of a page. With titles echoing Russian Constructivism/Futurism, Of 4 & 5 Squares contains two novellas; Of 6 Squares, a novel.

Individual entries on Richard Kostelanetz’s work in several fields appear in various editions of Readers Guide to Twentieth-Century Writers, Merriam-Webster Encyclopedia of Literature, Contemporary Poets, Contemporary Novelists, Postmodern Fiction, Webster's Dictionary of American Writers, The HarperCollins Reader’s Encyclopedia of American Literature, Baker's Biographical Dictionary of Musicians, Directory of American Scholars, Who's Who in America, Who's Who in the World, Who's Who in American Art, NNDB.com, Wikipedia.com, and Britannica.com, among other distinguished directories. Otherwise, he survives in New York, where he was born, unemployed and thus overworked. For over thirty years his Epiphanies have appeared in literary magazines.

Of 4 and 5 Squares (Paperback)