Items related to The Caterpillar Girl: A long, hot summer. A boy. A...

Longden, Adam The Caterpillar Girl: A long, hot summer. A boy. A girl. A house of dark secrets

The Caterpillar Girl: A long, hot summer. A boy. A girl. A house of dark secrets 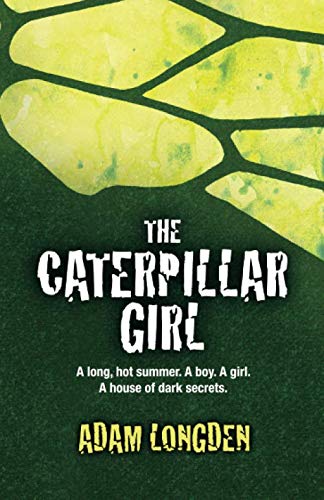 The long, hot summer of 1989. A teenage boy and girls' paths cross purely by chance. But Jack is no ordinary boy - brought up in isolation and hidden from the world till the age of sixteen; a dirty secret, his father's cross to bear.Music mad Daisy sees it as her duty to introduce Jack to the real world - and a lot more besides along the way - a task easier said than done with Jack's numerous phobias and fears.But as the summer goes on and the temperature rises, so does the body count, as together they search for the truth of Jack’s real identity.

"The last part of the book was so tense... I couldn't get to the end fast enough. There has to be a sequel...There has to!" (Kirsty Hanson - The Bibliophile Girl); "A remarkable achievement from someone who hasn't written before - a powerful and romantic story." (John Smart, Author of Tarantula's Web); "Unusually for me, I didn't even realise how many pages I'd read at each sitting. I wanted so much to find out what was going to happen. I was absolutely gripped during the last few pages and had to consciously stop myself from rushing." (Julia Gibbs @ProofreadJulia); 03:24am. "I can't sleep, I need to know what's happened to ***. Everyone thinks she's escaped but I'm convinced he's killed her. I've even read the chapter titles to try and work it out but that's just made me even more anxious! I've forced myself to put it down and try to sleep but I can't stop thinking about bloody ***!" (Sophia Black); "Book of the year. Just finished this book and Wow Wow Wow!!! The Girl on the Train meets Psycho. Book of the year. Easy." (Amazon customer); "This novel has something for everyone! Romance, intrigue, suspense and once you start reading, you won't want to stop." (Sarah Houldcroft - Author's Uncovered)

Inspired by reading Nick Cave’s And the Ass Saw the Angel in 1990, lifelong book and music addict, Adam Longden, began to write the novel that would later become The Caterpillar Girl the following year. A career in the catering industry got in the way. But the story always remained. Fast forward to 2012. After finishing a long stint at running a pub restaurant, Adam found he had Mondays to himself. Utilising decades’ worth of scribbled notes, work on The Caterpillar Girl began in earnest. Little did he know how long it would take... Adam resides in Rutland with his wife, three children, Frodo the cat and Chilli the tarantula.

1. The Caterpillar Girl: A long, hot summer. A boy. A girl. A house of dark secrets