Items related to The Broad Gauge Railway at Watchet

The Broad Gauge Railway at Watchet 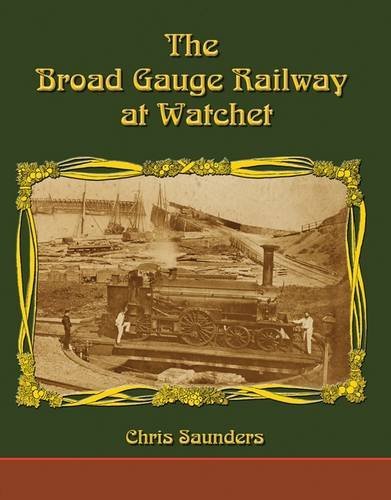 For a brief period in the second half of the 19th century, the tiny West Somerset port and town of Watchet became one of the most important places in the county. The harbour provided an outlet to South Wales for iron ore mined on the nearby Brendon Hills and two separate railways were built to the town. The first was standard gauge, did not connect to any other line and was built mainly to bring the ore down to the coast. Shortly after it opened in 1861, construction of a second line commenced, a broad gauge branch to Watchet from the Bristol & Exeter Railway's main line at Taunton. Opened in 1864, it was built for both passengers and freight, and was a success from the start. In 1874, the station at Watchet ceased to be a terminus when the extension to Minehead was opened, whilst the broad gauge era came to an end in 1882, when the line was narrowed to the standard gauge. We are fortunate that, throughout this period, from the beginning of construction of the broad gauge railway at Minehead in 1861, through to the first trains and the development of the harbour and its sidings, Watchet was also at the forefront of early photography. At least two local individuals took up photography and one of them seems to have been engaged to record much of the work undertaken in the 1860s through to the 1870s. Chris Saunders has spent over twenty years collecting together as many of these early and historic images as possible and those featuring the broad gauge railway, the harbour and some of the important buildings constructed during this period are gathered here together for the first time in print. They are accompanied by knowledgeable captions, the dates which they contain for each photograph having often involved hours of careful comparisons and detective work. This marvellous collection of pictures is sure to interest railway enthusiasts and West Somerset historians alike, as well as local residents and visitors to this delightful seaside town.

1. The Broad Gauge at Watchet

2. The Broad Gauge Railway at Watchet

3. The Broad Gauge Railway at Watchet