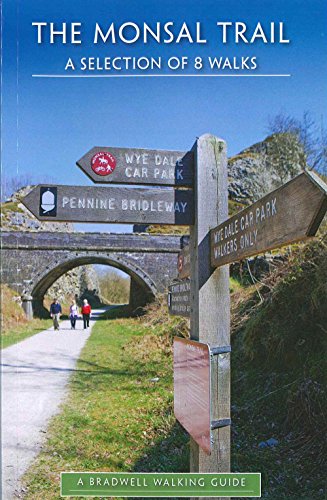 Welcome to the Monsal Trail. The walks in this book will guide you along the length of the trail and around many of the surrounding footpaths and bridleways, exploring the area and introducing you to some of the Peak District's most beautiful, tranquil and historic limestone dales. The Monsal Trail follows an 8.5-mile section of the former Manchester, Buxton, Matlock and Midlands Junction Railway, opened by the Midland Railway in 1863 to link Manchester with London. The line was closed in 1968 and remained derelict for a number of years before being taken over by the Peak District National Park and reopened as a walking route. The recent renovation of the Chee Tor tunnels means that the entire stretch of track is now accessible on foot, by bicycle, wheelchair and pushchair. Perhaps the most spectacular stretch of the trail is where it crosses the Headstone Viaduct at Monsal Head, but there are equally impressive views at places like Water-cum-Jolly Dale, and the four lit tunnels which have an atmosphere all their own. The trail is easily accessible from Bakewell Station at the south end and Wyedale at the north, as well as from various points along its length. It passes through places such as Hassop, Great Longstone, Monsal Dale, Cressbrook and Litton, and runs close by Haddon Hall and Chatsworth, two of the most beautiful and historic stately homes in England. Of course, the weather in the Peaks can be changeable and you are advised to take sensible precautions with clothing and footwear. The walks in this book vary in length and difficulty, with location, parking information and detailed notes provided for each walk. Whether you do them all or pick and choose to suit your ability and the weather, this book will provide a detailed and intimate guide to one of the most fascinating and beautiful areas of Derbyshire.