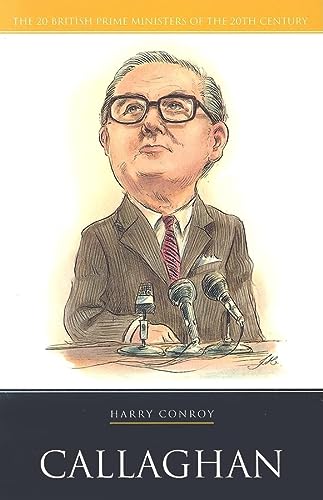 James Callaghan the Labour politician was prime minister from 1976-79. His first career was as a tax officer in the Inland Revenue, so fittingly his first cabinet position was Chancellor of the Exchequer (1964-67). On Harold Wilson's surprise resignation in 1976, the party's MPs elected Callaghan as their leader; he therefore automatically succeeded Wilson as prime minister. His term in office was dominated by industrial unrest, culminating in the 'Winter of Discontent'. On March 28, 1979 the government was narrowly defeated (311 votes to 310) on an opposition motion of no confidence. It was the first occasion since 1924 when a vote in the House of Commons had precipitated a general election. Labour lost the subsequent election and in October 1980 Callaghan resigned as party leader.

Harry Conroy was a former press officer for the Labour Party in Scotland during Callaghan's tenure as Prime Minister. He has been financial editor of the Daily Record and general secretary of the National Union of Journalist, and is now editor of the Scottish Catholic Observer.