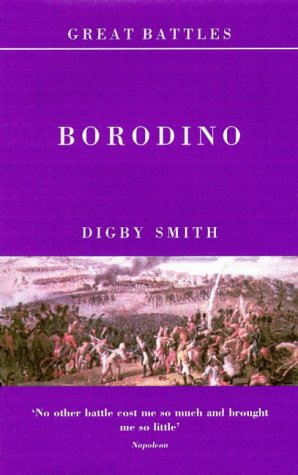 On 7 September 1812 in the hamlet of Borodino, 70 miles west of Moscow, 250,000 men with 1200 guns, fought for access to the Russian capital. Borodino was the second largest battle of the Napoleonic Wars, exceeded only by Leipzig. This account shows poor Russian planning and field dispositions, and confusion in the Tsar's staff. The battle was a victory for Napoleon, and it allowed the Grande Armee entry to the capital. However, the burning of Moscow and the Tsar's refusal to negotiate, forced the retreat at the onset of the Russian winter. Of the 600,000 men who invaded Russia, only about 90,000 survived. The book looks at the political and strategic situation prior to the battle, before analyzing the fighting using contemporary eye-witness sources.