Items related to The Blanket of the Dark

Buchan, John The Blanket of the Dark 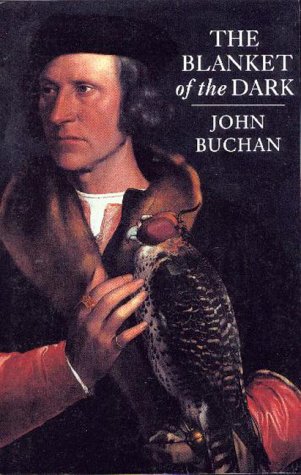 Tells the story of Peter Pentecost, a clerk at the great abbey of Osney just outside Oxford. Peter's life is turned upside down when he discovers he is the son of the last Duke of Buckingham, sixth in descent from Edward III, and should by rights be King instead of Henry VIII.

Blanket of the Dark, TheISBN: 9781846970726Author: John BuchanImprint: PolygonPublication Date: Aug 2008Format: PBPrice: GBP6.99Stock Status: not yet published email me when it's in stock Aa Aa Aa 'Buchan knew that you can't buck the consequences of your actions, and that your life is what you make of it. Perhaps his peculiarly Scottish combination of Romanticism and Calvinism - daring living and high thinking - is due to return to fashion.' - The Independent Magazine

Book Description Paperback. Condition: Very Good. The book has been read, but is in excellent condition. Pages are intact and not marred by notes or highlighting. The spine remains undamaged. Seller Inventory # GOR003663786

Book Description Condition: Good. Ships from the UK. Used book that is in clean, average condition without any missing pages. Seller Inventory # 15538203-6

Book Description Condition: Very Good. This book is in very good condition and will be shipped within 24 hours of ordering. The cover may have some limited signs of wear but the pages are clean, intact and the spine remains undamaged. This book has clearly been well maintained and looked after thus far. Money back guarantee if you are not satisfied. See all our books here, order more than 1 book and get discounted shipping. . Seller Inventory # 7719-9781873631416

Book Description Paperback. Condition: Used; Good. **SHIPPED FROM UK** We believe you will be completely satisfied with our quick and reliable service. All orders are dispatched as swiftly as possible! Buy with confidence!. Seller Inventory # mon0001122648

Book Description Paperback. Condition: Very Good. Shipped within 24 hours from our UK warehouse. Clean, undamaged book with no damage to pages and minimal wear to the cover. Spine still tight, in very good condition. Remember if you are not happy, you are covered by our 100% money back guarantee. Seller Inventory # 6545-9781873631416