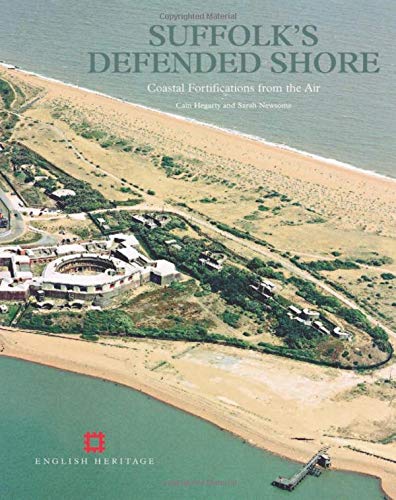 "Suffolk's Defended Shore" illustrates the history and development of military defences on the Suffolk coast using data collected during an English Heritage national survey. This involved the examination of both modern and historic aerial photographs in order to create a map of archaeological remains on the county's coast. The results of the survey were dominated by evidence for the military defence of the coast, reflecting the importance of the Suffolk coast in national defence strategies over many years.The book highlights the particular importance of historic aerial photographs which provide a different, and often unique, perspective on the coastal defences constructed in World War II. Photographs taken during and immediately after this war sometimes provide the only visual record of the rapidly evolving defences from this period. Using modern and historic aerial photographs, and interpretive illustrations based on the survey data, the book provides an overview of Suffolk's military coastal defences and demonstrates the value of aerial photographs as a resource for studying these types of remains.

Cain Hegarty is an aerial survey investigator. Sarah Newsome is a senior investigator at Historic England.

Book Description Historic England in association, 2007. Paperback. Condition: Good. Connecting readers with great books since 1972. Used books may not include companion materials, some shelf wear, may contain highlighting/notes, may not include cdrom or access codes. Customer service is our top priority!. Seller Inventory # S_274602986

Book Description Royal Commission on Historical Monuments, 2007. Paperback. Condition: Used; Good. **SHIPPED FROM UK** We believe you will be completely satisfied with our quick and reliable service. All orders are dispatched as swiftly as possible! Buy with confidence! Aloysius Ihezie. Seller Inventory # 3679193

Book Description Historic England in association with Liverpool University Press, 2007. Condition: Good. A+ Customer service! Satisfaction Guaranteed! Book is in Used-Good condition. Pages and cover are clean and intact. Used items may not include supplementary materials such as CDs or access codes. May show signs of minor shelf wear and contain limited notes and highlighting. Seller Inventory # 1873592981-2-4