Items related to Gracie and the Emperor

Broome, Errol Gracie and the Emperor

Gracie and the Emperor 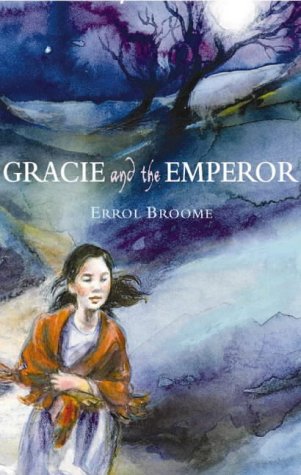 Bonaparte kills people. "Bonaparte is coming as a prisoner, child. He can't hurt anyone now' 'He eats children' said Gracie. As long as Gracie could remember, she had been told stories of Napoleon Bonaparte, who would stop at nothing to rule the world and plant the French flag on the Tower of London. Now, the most famous, the most dreaded man is coming to the very island where she lives. St Helena is like a small ship stuck fast in the ocean, far away from anywhere. When Napoleon Bonaparte arrives, in 1815, Gracie wants to run away, but she has nowhere to go. Errol Broome tells the extraordinary story of an emperor who saw the courage of a hard-working young girl, and a girl who saw the other face of the man they called the Emperor Napoleon.

fabulous. I think readers would really enjoy it because there are some unexpected surprises that make you not want to put the book down.'Sequoia, Year 6, Cairns School of Distance Educationinterweaves fact and fiction to create a mesmerisingly unusual story that lingers in the mind long after the last page has been read. This is an extraordinarily beautiful piece of writing. A gem for discerning readers aged 11 up.'Sunday TasmanianMarch 2003

Errol Broome trained as a journalist with the West Australian. She has won awards with her fictional short stories, but now concentrates on writing books for children. Her stories are easy to read, yet they always stir the reader's thoughts about relationships and questions of ethics.

Gracie and the Emperor