Items related to The Robert Cochrane Letters: An Insight into Modern...

The Robert Cochrane Letters: An Insight into Modern Traditional Witchcraft 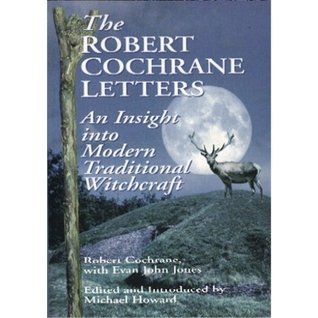 Robert Cochrane is still one of the most controversial figures in contemporary witchcraft nearly 40 years after his death. This book details his letters dealing with magical/Craft topics written to Joe Wilson, founder of the 1734 Tradition in the USA, Norman Gills, a traditional witch and 'cunning man' of the old type with Romany ancestry and William 'Bill' Gray, well known in the 1960s as a writer on the Cabbala and a ceremonial magician. Although copies of some of these letters have been passed around and broadcast on the Internet over the years, they have become jumbled and as a result all kinds of misinformation has arisen about their origin and authorship. In 2001 Cochrane's surviving widow legally handed over the copyright of all his correspondence, writings, artwork and articles to Evan John Jones who was a member of Cochrane's coven in the 1960s and is the past magister of the Clan of Tubal Cain. The decision was taken to publish these letters, except for a few of a very personal nature, together with notes to explain their contents and place them in their historical context - this book is the result. See also 'The Roebuck in the Thicket' and 'Genuine Witchcraft is Explained'

1. The Robert Cochrane Letters: An Insight into Modern Traditional Witchcraft

Book Description Capall Bann Pub, 2003. Soft cover. Condition: Very Good. A few instances of pencil notes found in the text; pages are bright. Binding is tight and square. Covers show a little light edgewear, mostly around the corners and at the head and base of the spine. 186pp. Seller Inventory # 063621

2. The Robert Cochrane Letters: An Insight into Modern Traditional Witchcraft

Book Description Capall Bann Pub, 2003. Paperback. Condition: VERY GOOD. Pages are intact and are not marred by notes or highlighting, but may contain a neat previous owner name. The spine remains undamaged. Supplemental materials are not guaranteed with any used book purchases. Seller Inventory # 1861632215_abe_vg

3. The Robert Cochrane Letters: An Insight into Modern Traditional Witchcraft

Book Description Capall Bann Pub, 2003. Condition: Good. A+ Customer service! Satisfaction Guaranteed! Book is in Used-Good condition. Pages and cover are clean and intact. Used items may not include supplementary materials such as CDs or access codes. May show signs of minor shelf wear and contain limited notes and highlighting. Seller Inventory # 1861632215-2-4