Items related to Fascism in Britain: From Oswald Mosley's Blackshirts...

Fascism in Britain: From Oswald Mosley's Blackshirts to the National Front (International Library of Historical Studies) 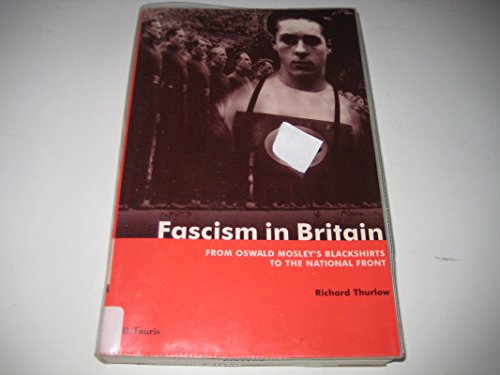 This edition investigates fascist activities in the period of turmoil leading to World War II and raises disturbing questions: how far was the British establishment involved? What were the links with Nazi Germany? What were the plans for the future of British Jews? How much did the British secret service know? Despite the revelation of the horrors of Nazi Germany, British Fascism survived 1945. The author discusses the organization, aims and techniques behind British Fascism, including the formation of the National Front. This revised text analyzes the period from 1984 to the present day, including the effect of the end of the Cold War and the collapse of Communism in Russia and Europe, the disturbing growth of illiberal nationalism and the growth of neo-fascism, anti-Semitism and racialism.

Richard Thurlow is Lecturer in Economic and Social History at the University of Sheffield.

1. Fascism in Britain: A History, 1918-1945 (International Library of Historical Studies)

2. Fascism in Britain: A History, 1918-1945 (International Library of Historical Studies)