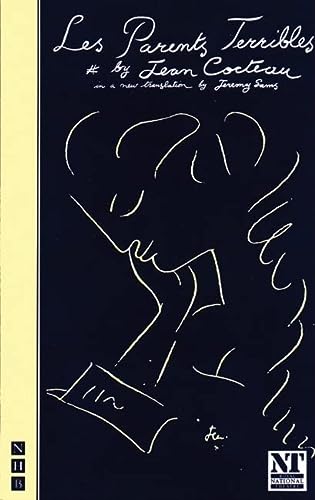 In a rambling apartment, a middle-aged couple, Yvonne and Georges, live with their 22-year old son Michael. When Michael declares his love for a girl, his devoted mother burns with jealousy while his father is shocked to discover that his son's lover is someone he knows only too well. The original production scandalised Paris and this steamy hot-house of a play still seems shocking today. Jeremy Sam's darkly witty and razor sharp translation was first seen at the National Theatre in 1994 it proved a massive hit and was revived in 2010 by the prestigious Donmar Theatre

Jean Cocteau was born in 1889 in a small village on the outskirts of Paris. A celebrated avant-garde writer and later film director, his prolific works range from poetry, plays, novels, and screenplays. Les Parents Terribles was first staged, in 1938. In 1948 it was made into a film directed by and starring Cocteau. Jeremy Sams has worked extensively as a musical director, composer, translator and director for theatre, opera and television. His other works of translation published by NHB include Mary Stuart by Freidrich Schiller and Scapinio by Moliere.