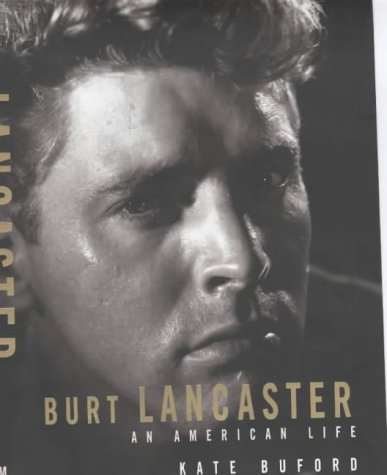 Kate Buford's book is a full, frank, sensitive and superbly readable life of a man who not only starred in many movie classics, but was also responsible for producing such landmark films as Marty and The Sweet Smell of Success. a star who was every bit as interesting off screen as on.

'Burt Lancaster had the most interesting star's career in Hollywood's most fruitful period. In Buford, he has the biographer he deserves. Categorical. Imperative.' Christopher Bray, The Sunday Times 'It does not surprise me to learn from Buford that her frequently monstrous hero was a cultivated man.... He thoroughly deserves the close attention his scrupulous biographer has afforded him.' Paul Bailey, The Daily Telegraph 'Kate Buford has written as fine a showbiz biography as one could possibly expect.... [her] book is a model of its kind - a slow read because the writing is tight-packed - and, warts and all, she has done her subject proud.' Hugh Leonard, The Irish Times 'Rarely for a film actor - and even more rarely for a star - Lancaster is revealed as more complex than the sum of his parts; the result is the most interesting book about an actor since The Man Who Kept the Secrets.' Chris Petit, The Guardian

Kate Buford is a regular commentator on National Public Radio in the US whose interest in Lancaster was first sparked when she wrote a feature on him for Film Comment magazine.

Book Description Aurum Press 10/08/2000, 2000. Condition: Very Good. Shipped within 24 hours from our UK warehouse. Clean, undamaged book with no damage to pages and minimal wear to the cover. Spine still tight, in very good condition. Remember if you are not happy, you are covered by our 100% money back guarantee. Seller Inventory # 6545-9781854107404

Book Description Hardback. Condition: Very Good. The book has been read, but is in excellent condition. Pages are intact and not marred by notes or highlighting. The spine remains undamaged. Seller Inventory # GOR001430663

Book Description -. Hardcover. Condition: Very Good. Burt Lancaster: An American Life This book is in very good condition and will be shipped within 24 hours of ordering. The cover may have some limited signs of wear but the pages are clean, intact and the spine remains undamaged. This book has clearly been well maintained and looked after thus far. Money back guarantee if you are not satisfied. See all our books here, order more than 1 book and get discounted shipping. Seller Inventory # 7719-9781854107404

Book Description Condition: Good. First Edition. states. Ships from the UK. Former Library book. Shows some signs of wear, and may have some markings on the inside. Seller Inventory # GRP17184777

Book Description Condition: Good. First Edition. states. Ships from the UK. Shows some signs of wear, and may have some markings on the inside. Seller Inventory # 18608635-20