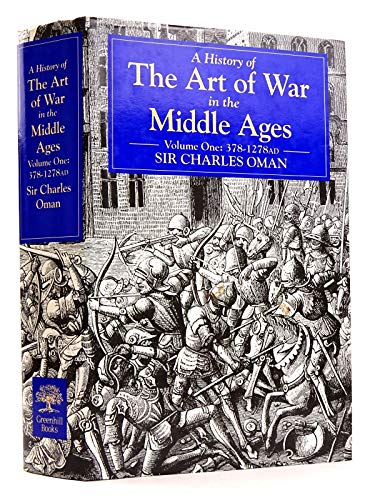 The first of this two-volume set charts the transition of warfare from the fall of the Roman Empire to the battle of Marchfeld in 1278, which decided the fate of Austria and marked the ascendancy of the armored knight. Detailed descriptions of particular battles--including Adrianople, Louvain, Hastings, and Lewes--are combined with a thorough analysis of tactics, strategy, and the nature and character of European armies Volume Two covers the Welsh Wars of Edward I, Bannockburn, the Hundred Years War, the rise of the Swiss, the Condottieri in Italy, the Hussite Wars, and the Wars of the Roses. Particular emphasis is given to the early use of gunpowder and its effect on tactics and siegecraft. Sir Charles Oman was one of Britain's foremost historians and author of A History of the Peninsular War.