Items related to It Was Fun!: My 50 Years of High Performance

Rudd, Tony It Was Fun!: My 50 Years of High Performance

It Was Fun!: My 50 Years of High Performance 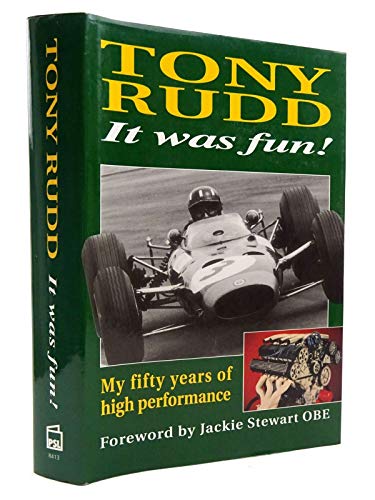 This book provides an insight into one of the best respected automotive engineers and motor racing team managers, firstly into the BRM years and the development of Grand Prix racing from its reintroduction after the war, and secondly into the Lotus organisation from 1969 to 1991 including the De Lorean saga, the abortive venture into power boats, and the purchase of the company by General Motors. A revealing account of the BRM epic - the cars, and the people who designed, built and drove them. An eyewitness insight into life as it really was on the Grand Prix circuit, from the 1950s to the present day - the triumphs and tragedies, the round-the-clock pre-race preparations, and the boisterous parties. Features first-hand stories of the famous drivers, in particular Graham Hill, with whom the author developed a special rapport. Describes Rudd's 20 eventful years with Lotus, during which he travelled all round the world building up the Engineering Division into a highly profitable venture, latterly also running Team Lotus to try to revive its failing fortunes.

2. Tony Rudd It Was Fun!: My Fifty Years of High Performance