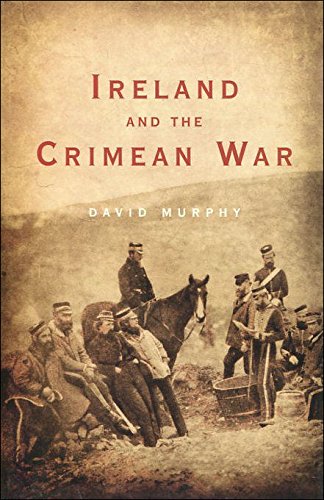 In 1854 Britain, France and Turkey became allies in a war against Russia and the main theatre of this war was the Crimean peninsula. During the next two years, as generals and politicians bungled and dithered, the soldiers in the trenches before Sevastopol suffered terrible conditions and died in droves in senseless attacks on the Russian fortifications. The Crimean war was one of the most important events of the nineteenth-century and was, in many ways, the first 'modern' war, foreshadowing later events in World War 1. This is the first book to assess all levels of Irish involvement in the Crimean war. It tells the story of the Irish men and women who traveled to the Crimea to contribute to the war effort and their experiences are described using contemporary letters and published memoirs. While the Irish were at their most numerous in the British army, some Irishmen also served in the armies of France, Turkey, and Russia. There were a significant number of Irish civilians who went to the Crimea to work as chaplains, engineers, navvies and in the medical services. Reference is made to the work of the Irish war-correspondents, the most important of whom was William Howard Russell. The reaction of the Irish public to war is also examined. It is shown that the war was followed with keen interest in Ireland. The public support for the troops leaving Ireland, and the enthusiastic tone of surviving Crimean ballads, would suggest that the Irish people supported the war.