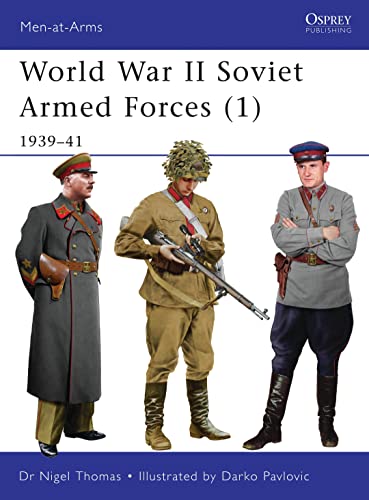 This would be a detailed analysis of the Soviet Army at the outbreak of World War II, including the Red Army's campaigns against Japan on the Manchurian plains as well as in Finland. It would also cover the Red Army's first operations during Operation Barbarossa when the Red Army was forced to defend Mother Russia against the German onslaught. This book would offer a breakdown of all the armed forces including the army, air force, paratroopers, navy and NKVD troops. In particular, it will cover the evolution of uniforms, equipment and insignia with the introduction of new regulations in 1935 and 1940.

This book is a must-have for all students of the Soviet Union during World War II and comes highly recommended. --Military Modelcraft International

A detailed analysis of the Soviet armed forces at the outbreak of World War II with a specific focus on uniforms.