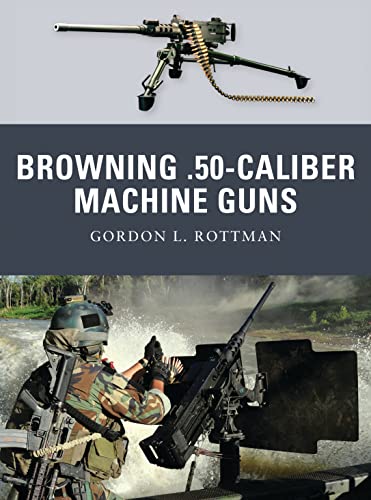 The Browning "50-cal" has become the longest serving weapon in the US inventory. The "fifty" has been employed in every imaginable role for a machine gun. It is considered such an effective and reliable weapon that few countries ever attempted to develop an equivalent weapon. Even the Japanese created a copy of it during World War II when the US was producing literally thousands every month to use in every theater. This is a history of the development of this famous weapon, its most critical operational use and the variants that have been produced to keep it at the forefront of the action.

I highly recommend it to anyone with an interest in weapons or Military History. --Model Military International

All in all this is another fantastic addition to the Osprey Weapon range and I think it will be very useful to modellers and enthusiasts alike. Very highly recommended. --Military Modelcraft International

A war-winning weapon that is likely to mark its 100th anniversary still in use, few weapons can claim to be more significant in effecting the way wars are fought.