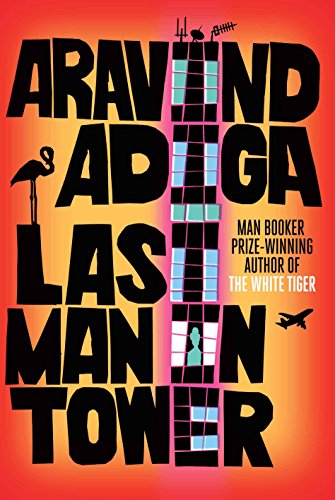 The magnificent new novel from the Booker Prize-winning author of The White Tiger:

LONGLISTED FOR THE 2013 IMPAC AWARD.

Ask any Bombaywallah about Vishram Society - Tower A of the Vishram Co-operative Housing Society - and you will be told that it is unimpeachably pucca. Despite its location close to the airport, under the flight path of 747s and bordered by slums, it has been pucca for some fifty years. But Bombay has changed in half a century - not least its name - and the world in which Tower A was first built is giving way to a new city; a Mumbai of development and new money; of wealthy Indians returning with fortunes made abroad.

When real estate developer Dharmen Shah offers to buy out the residents of Vishram Society, planning to use the site to build a luxury apartment complex, his offer is more than generous. Initially, though, not everyone wants to leave; many of the residents have lived in Vishram for years, many of them are no longer young. But none can benefit from the offer unless all agree to sell. As tensions rise among the once civil neighbours, one by one those who oppose the offer give way to the majority, until only one man stands in Shah's way: Masterji, a retired schoolteacher, once the most respected man in the building. Shah is a dangerous man to refuse, but as the demolition deadline looms, Masterji's neighbours - friends who have become enemies, acquaintances turned co-conspirators - may stop at nothing to score their payday.

A suspense-filled story of money and power, luxury and deprivation; a rich tapestry peopled by unforgettable characters, not least of which is Bombay itself, Last Man in Tower opens up the hearts and minds of the inhabitants of a great city - ordinary people pushed to their limits in a place that knows none.

`Savage, sordid and ever so sad.... a dizzying portrait of Mumbai' --Sunday Telegraph

`Dharmen Shah is a magnificent creation... This is a richly-evoked, Dickensian world that explores the chasm between rich and poor, the venal and the incorruptible... All human life - and longing - is here. Marvellous stuff.' --Sebastian Shakespeare,Tatler

`This is a very fine novel, wonderfully rich in detail and the evocation of everyday life... It has a range, ambition and humanity which one rarely finds in contemporary British or US fiction: further evidence that the true successors of the European novelists of the 19th century are now to be found in the Indian sub-continent and the Arab world.' --Allan Massie, The Scotsman Allan Massie, The Scotsman

`Adiga's always engaging, ultimately disturbing and tragic novel... limpid, witty and addictive... Adiga is like Dickens or any novelist who sees things politicians, big businessmen and others cannot see and do not want us to see'
--Alan Taylor, Herald

`As well paced as any crime story but so much more. Every one of the huge cast of characters is brilliantly drawn. I am aghast with admiration. There is no one writing fiction as good as this in Britain or America.' --AN Wilson

`Adiga's writing is rich and lush... The scope, in this novel teeming with life and skulduggery, is indeed Dickensian, although the characterisation is anything but. Dicken's painted heroes and villains; Adiga's characters are bundles of moral ambivalence... He is a writer who is evocative, entertaining and angry.' --Daily Telegraph

'This is what makes Last Man in Tower as honest a book as it is entertaining: funny and engaging as he can be, Adiga never forgets the seriousness of his subject, or the general corruption.' --The Times

'Last Man in Tower retains The White Tiger's dynamism and adds some of the finesse of Between the Assassinations... Dominating the narrative is Mumbai itself, once again one of the mightiest cities on earth... Adiga lays out this most frenetic of megalopolises before us, by turns fascinating, sensual and horrifying, as his writing takes an impressive step onwards.' --Independent

'Last Man in Tower has a broader and more forgiving feel than The White Tiger, incorporating a gentler comic tone that finds affection as well as despair poking fun at its characters' pretensions and frailties... In this complex and multi-layered novel, he continues his project of shining a light on the changing face of India, bringing us a picture that is as compelling as it is complex to decipher.'
--Guardian

Aravind Adiga was born in Madras in 1974. He studied at Columbia and Oxford universities. A former India correspondent for Time magazine, his articles have also appeared in publications including the
Financial Times, Independent and the Sunday Times. His first novel, The White Tiger, won the Man Booker Prize in 2008 and was shortlisted for the John Llewellyn Rhys Prize, as was his short-story
collection Between the Assassinations (2009).