Items related to Watching the Watchmen: The Definitive Companion to...

Watching the Watchmen: The Definitive Companion to the Ultimate Graphic Novel 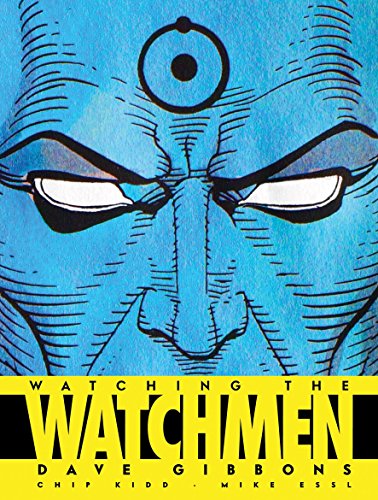 Acclaimed as one of "Time Magazine's" 100 Best Novels, "Watchmen" is widely considered to be the greatest graphic novel of all time. "In Watching The Watchmen", artist Dave Gibbons gives his own account of the genesis of "Watchmen", opening his archives to reveal excised pages, early versions of the script original character designs, page thumbnails, sketches and much more, including posters covers and rare portfolio art.Featuring the breathtaking design of Chip Kidd and Mike Essl, "Watching The Watchmen" is both a major art book in its own right, and the definitive companion to the graphic novel that changed an industry.

Dave Gibbons is best known for his iconic artwork on the groundbreaking Watchmen. He has also written and/or drawn Superman, Batman, Doctor Who and his semi-autobiographical graphic novel The Originals. Chip Kidd is an award-winning writer and designer, whose books include Batman Collected.