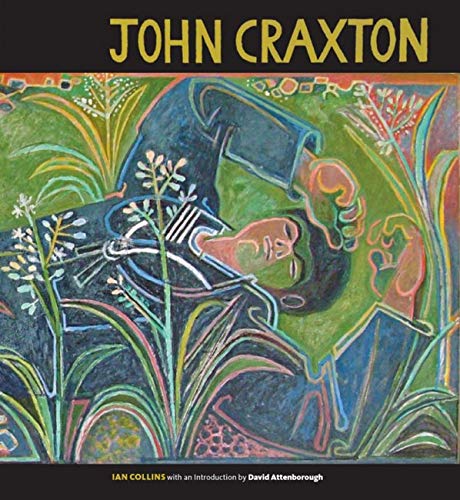 This is the first full-scale monograph on British artist John Craxton (1922-2009), a key figure in post-war painting who authorised this publication shortly before his death. Craxton was a brilliant and well-connected artist with a passion for Greek life, light and landscape. Rejected for military service in 1941, he shared premises in London with Lucian Freud, provided by their benefactor and friend Peter Watson. Through Watson he met other artists linked to Neo-romanticism and, like many of his generation, came under the influence of William Blake, Samuel Palmer and Graham Sutherland. But by 1945 his work was more closely connected with that of European artists such as Picasso and Miro. Always longing to escape, Craxton travelled around the Mediterranean after World War II, finally settling in Crete from 1960, where he continued to develop his Romantic pastoral themes in sunburst images influenced by Byzantine mosaics. He also created scintillating ballet and book designs. Ian Collins's engaging text is informed by his many conversations with the artist, who was also a celebrated wit and story-teller, and is supported by more than 200 reproductions of life-affirming paintings and drawings. The book will be welcomed by art historians, collectors, curators and all those with an interest in the history of modern British art.

'John Craxton took some persuading to agree to this book, so what a shame he did not live to see this exceptionally handsome and finely crafted monograph.' Country Life 'This book, the first full, illustrated survey of Craxton's work, is an outstanding memorial to an artist who was overlooked for long periods of his life.' The Anglo-Hellenic Review 'Collins is a meticulous chronicler, and his detailed account is enlivened by many interviews with the artist.' ARLIS 'this handsome and luxuriously illustrated volume is a delightful and affectionate tribute to a truly creative artist.' Literary Review --Sir David Attenborough

'This book. the first full, illustrated survey of Craxton's work, is an outstanding memorial to an artist who was overlooked for long periods of his life.' ----- The Anglo-Hellenic Review

Ian Collins has been an arts writer for the past 30 years, chiefly with the Eastern Daily Press, as well as writing artists' obituaries for the Guardian and Daily Telegraph. His recent publications include Making Waves: Artists in Southwold (2005), John McLean (2009) and Water Marks: Art in East Anglia (2010).