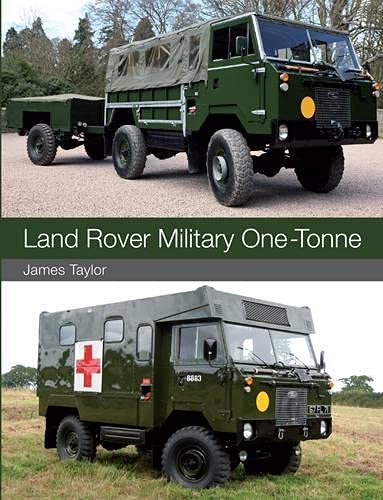 This is a fully illustrated history of the Land Rover 101 One-Tonne - the forward-control military vehicle developed as a gun tractor for the British Army, in production from 1975-1978. This essential guide to these small yet powerful 4 x 4 vehicles covers: production histories; design and prototypes; specification guides; the 101 in British military service between 1975 and 1998; the 101 variants - ambulances, Rapier tractors, hard-bodied versions for electronic warfare and special field conversions; sales to overseas military authorities and, finally, advice on buying and owning a 101 today.

James Taylor has been writing professionally about cars since the late 1970s, but his specialism has always been the products of the old Rover Company and of the Land Rover company that grew out of it. He has acted as a consultant to Land Rover itself and is widely acknowledged as the pre-eminent historian of the marque.