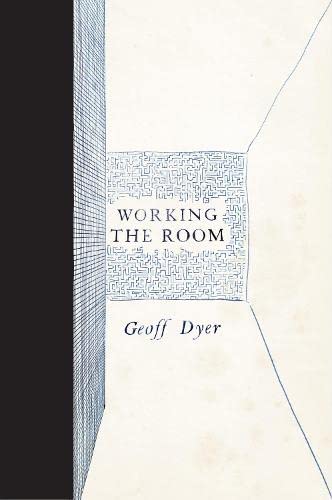 Alive with insight, delight and Dyer's characteristic irreverence, this book offers a guide around the cultural maze, mapping a route through the worlds of literature, art, photography, music. Across ten years' worth of essays, Working the Room spans the photography of Martin Parr and the paintings of Turner, the writing of Scott Fitzgerald and the criticism of Susan Sontag, and includes extensive personal pieces - 'On Being an Only Child', 'Sacked' and 'Reader's Block' among many others. Dyer's breadth of vision and generosity of spirit combine to form a manual for ways of being in - and seeing - the world today.

"A writer who resists categorization . . . His work is illusory yet real, funny but serious." (GQ)

"Dyer is a witty and concise observer of landscapes: social, geographical and emotional . . . His eccentric charm and barbed perceptiveness will hook you to the end." (The Times)

"One of my favourite of all contemporary writers. I love his sense of the absurd, his pessimism mixed with robust good cheer, his beautifully crafted sentences, his jokes and his intelligence." (Alain de Botton)

"Geoff Dyer is a true original - one of those rare voices in contemporary literature that never ceases to surprise, disturb and delight. Risky, breathtakingly candid, intellectual, cool, outrageous, laconic and sometimes shocking, Geoff Dyer is a must-read for our confused and perplexing times." (William Boyd)

"If i imagine Dyer's authorial voice thrown into my inner ear, it sounds calm and supremely well-mannered. In part this is what makes him such a good comic writer - his deadpan is effortless, he never corpses . . . I had no difficulty in lapping up page after paragraph of this fare; Dyer writes engagingly on everything from his love of doughnuts to his sequested working class childhood in Swindon, and so i found myself sitting up later than intended, keeping up a mantra of agreement - um, yes, i suppose so - punctuated by the occasional bray of laughter." (Will Self Financial Times Life and Arts)

"Covering everything from war movies and D H Lawrence to Richard Avedon's photography and Paris fashion week. Witty persuasive Dyer shines most when he is in the picture." (Boyd Tonkin Independent)

"Is what Dyer does great? I could read his non-fiction all day. There's a danger that we underestimate him given the approachability of his prose. His language isn't matey but it hits a relaxed, intimate note, a directness that never lapses into the demotic. He appears casual, louche even - yet Dyer's thoughts never are." (Colin Waters Sunday Herald)

"Dyer has long been the most productive of slackers." (Tim Adams Observer)

A brilliant, wide-ranging collection of essays and journalism from the prize-winning author of Jeff in Venice, Death in Varanasi