Items related to Did I Mention I Miss You? (The DIMILY Trilogy, Book...

Did I Mention I Miss You? (The DIMILY Trilogy, Book 3) (Dimily Trilogy 3) 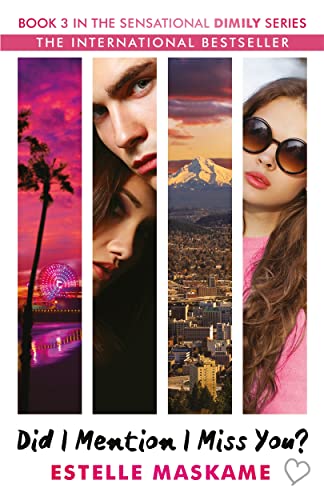 A year has passed since Eden last spoke to Tyler. She remains furious at him for his abrupt departure last summer but has done her best to move on with her life at college in Chicago. As school breaks up for the summer, she s heading back to Santa Monica, but she s not the only one who decides to come home...

Having been left behind to deal with the aftermath of their bombshell revelation and a family torn apart, Eden has no time for Tyler when he reappears. But where has Tyler been? And is she as over him as she likes to think? Or can Tyler and Eden finally work things out, despite their family and against all the odds?

Estelle Maskame started writing at the age of 13 and completed her DIMILY trilogy when she was 16. She has already built an extensive and loyal fanbase for her writing around the world by sharing her work in instalments on the digital platform Wattpad. Estelle's writing is now available for the first time in paperback and eBook formats, and Did I Mention I Miss You? is the third book in the series.

Now with over 140,000 Twitter followers and at 19 years old, Estelle is at the start of a very exciting career. She has already won a Young Scot Award 2016 for her writing, was a finalist in the Romantic Novelist's Association Awards in the Young Adult category, and her book is an international bestseller with foreign rights deals in 12 countries so far.