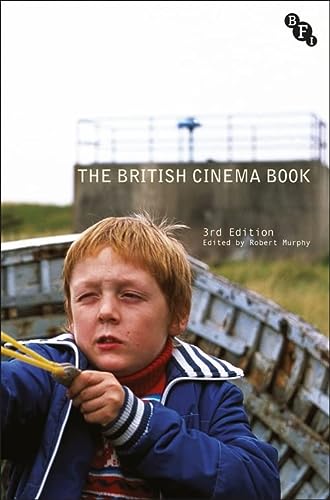 This is a thoroughly revised, updated and expanded new edition of the leading textbook on British cinema. It is revised in response to feedback from users of the second edition. It includes contributions from all the leading scholars of British cinema. The book now includes case studies of key films including "Piccadilly" (1929), "The Ladykillers" (1955), "This Sporting Life" (1963), "Withnail and I" (1986) and "Casino Royale" (2006). It is richly illustrated with images from the films discussed. The third edition of "The British Cinema Book" provides a comprehensive introduction to the history, key debates and genres in British cinema, from 1895 to the present. Individual articles by leading scholars are grouped in historical and thematic sections, illuminated by in-depth case studies of key films and a wealth of images.

'The third edition of this excellent, illustrated collection of essays on British cinema provides an overview of the key issues, debates and history. First published in 1997, it has been expanded to include case studies of individual films, and several new essays on subjects such as the representation of women in 1950s cinema and the birth of British Asian cinema in the 90s. Its range is impressive.' - Peter Smith, The Guardian

'...a delightful gateway into the rich world of British cinema.' - Simon Brown, Viewfinder

A thoroughly revised, updated and expanded new edition of the leading textbook on British cinema