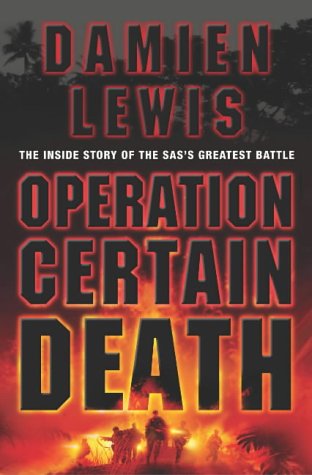 Described as Blackhawk Down meets Ghost Soldiers this book chronicles the story of the single most daring Special Forces operation since World War Two - Operation Barras; the attempted rescue by the SAS of the British Forces who were being held captive by the guerrilla gang the West Side Boys in the Sierra Leone jungle. The West Side Boys were a strange-looking bunch. Wearing pink shades, shower caps, fluorescent wigs and voodoo charms they believed made them invulnerable to bullets - an impression re-enforced by ganja, heroine, crack cocaine and gallons of sweet palm wine. They terrified the local inhabitants by dressing up in monkey skins and abducting children for rape, torture and mutilation. In 1999 a 12 man patrol of Royal Irish Rangers, who were training govt troops in Sierra Leone, were captured and held hostage by the West Side Boys. They were held prisoner in a fortified jungle hideaway, with severed heads decorating the palisades and defended by some 400 heavily armed soldiers. Operation Barras, the mission to rescue them was a combined force of 100 paras, 12 members of the Special Boat Squadron, helicopters from the Navy and RAF an, spearheading the operation, 40-strong D squadron of the SAS. Against amazing odds the hostages were rescued - over 150 of the enemy were killed. Against All Odds is a story of all out war. No hostages taken. Blood-letting on a vast scale inflicted on a very blood-thirsty enemy.. (2003-07-23)

"As a purely military operation it knocks into a cocked hat the lifting of the Iranian embassy siege." -- Brigadier Andrew Stewart

This is the story of the rescue mission of the century in Africa's heart of darkness.