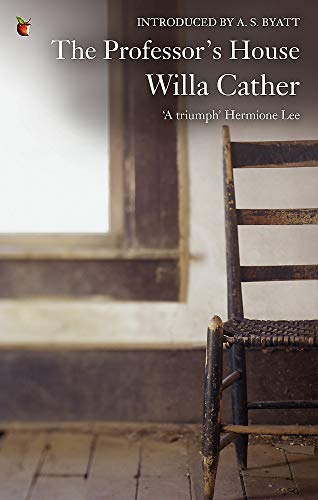 INTRODUCED BY A. S. BYATT

'She is undoubtedly one of the greatest American writers' Observer

On the eve of his move to a new, more desirable residence, Professor Godfrey St Peter finds himself in the shabby study of his former home. Surrounded by the comforting, familiar sights of his past, he surveys his life and the people he has loved: his wife Lillian, his daughters and, above all, Tom Outland, his most outstanding student and once, his son-in-law to be. Enigmatic and courageous - and a tragic victim of the Great War - Tom has remained a source of inspiration to the professor. But he has also left behind him a troubling legacy which has brought betrayal and fracture to the women he loves most . . .

She is undoubtedly one of the greatest American writers (Observer)

A rich and suggestive work which contrasts the middle-aged disillusion of Professor St Peter with his memories of his favourite student, the brilliant explorer and inventor Tom Outland