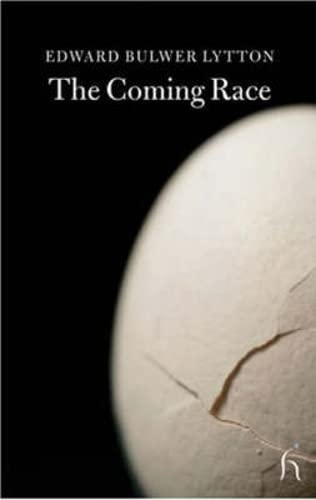 Accompanying an engineer down a mine shaft, a wealthy American discovers a series of caverns in which dwell the subterranean Vril-ya race. Yet not only have the Vril-ya 'people' devised the means with which to survive underground, they have also developed a highly sophisticated language, culture and civilization. Subservient to the mysterious and all-powerful force of Vril, they are primarily a peaceful race; but with a destiny to eradicate human civilization, it can only be a matter of time before they emerge from their underground caves to take on the world as we know it.

''The Coming Race' was enormously influential in its day and traces of its influence remain with us: the title of the book is namechecked in Bowie's 'Oh You Pretty Things' and Vril, the mysterious energy force utilised by the Vril-Ya, supplied the suffix for Bovril.' --The Independent

'His utopian novel, 'The Coming Race', is considered to be among the earliest science fiction novels, about a subterranean superior civilisation and its powers. In its day (and beyond), the book was tremendously influential as a novel of ideas, of scientific and philosophical speculation. In some quarters it was even taken as thinly disguised truth...The novel is utopian in that it examines the ideal life that the Vril-ya have developed for themselves. It wittily in many places juxtaposes that life with what nineteenth century humans have wrought.' --Fencer blog

"As I drew near and nearer to the light, the chasm became wider, and at last I saw, to my unspeakable amaze, a broad level road at the bottom of the abyss, illumined as far as the eye could reach by what seemed artificial gas lamps placed at regular intervals, as in the thoroughfare of a great city; and I heard confusedly at a distance a hum as of human voices...."

Edward Bulwer-Lytton's The Coming Race was one of the most remarkable and most influential books published in the 1870s. The protagonist, a wealthy American wanderer, accompanies an engineer into the recesses of a mine, and discovers the vast caverns of a well-lit, civilized land in which dwell the Vril-ya. Placid vegetarians and mystics, the Vril-ya are privy to the powerful force of Vril--a mysterious source of energy that may be used to illuminate, or to destroy. The Vril-ya have built a world without fame and without envy, without poverty and without many of the other extremes that characterize human society. The women are taller and grander than the men, and control everything related to the reproduction of the race. There is little need to work--and much of what does need to be done is for a novel reason consigned to children.

As the Vril-ya have evolved a society of calm and of contentment, so they have evolved physically. But as it turns out, they are destined one day to emerge from the earth and to destroy human civilization.

Bulwer-Lytton's novel is fascinating for the ideas it expresses about evolution, about gender, and about the ambitions of human society. But it is also an extraordinarily entertaining science fiction novel. Sir Edward Bulwer-Lytton, one of the great figures of late Victorian literature, may have been overvalued in his time--but his extraordinarily engaging and readable work is certainly greatly undervalued today. As Brian Aldiss notes in his introduction to this new edition, this utopian science fiction novel first published in 1871 still retains tremendous interest.

Book Description Hesperus Press Ltd. PB. Condition: New. This is one of the earliest works of science fiction. The Vril-ya people have devised the means with which to survive underground where they have developed a highly sophisticated language, culture and civilisation. Their destiny is to eradicate human civilisation so it can only be a matter of time before they emerge from underground The author counted Disraeli and Dickens among his admirers. Seller Inventory # 9781843911500