Items related to Tia Sharp - A Family Betrayal: The True Story of how...

Cawthorne, Nigel Tia Sharp - A Family Betrayal: The True Story of how a Step-Grandfather Murdered the Young Girl Who Trusted Him.

Tia Sharp - A Family Betrayal: The True Story of how a Step-Grandfather Murdered the Young Girl Who Trusted Him. 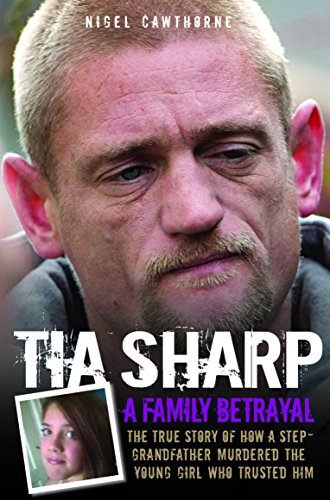 On 3 August 2012, as London was gripped by the Olympics, Tia Sharp, a 12-year-old schoolgirl, was reported missing from her grandmother's home in New Addington, south London. A call made by her mother, Natalie, alerted police to Tia's disappearance and so began a massive search operation to find the missing girl. Police were seconded from the Olympic village to make house-to-house enquiries, while locals searched the nearby area. A Twitter campaign began, sparking a nationwide appeal to find Tia, and the story dominated national newspaper headlines and television news. Tia's family, including her step-grandfather, 37-year-old Stuart Hazell, and her grandmother, Christine, made a public appeal to find Tia. It was reported that Tia had disappeared after being dropped off at a train station to go shopping, but in the days that followed a different story emerged. Only seven days after Tia was reported missing, the terrible news came that the family hoped they would ever have to hear; Tia's body, wrapped in bin bags, had been found in her grandmother's attic.The truth that unfolded over the course of the day horrified the public; not only had the police searched the house on three separate occasions before discovering Tia' body, late the following evening, Stuart Hazell - the man who Tia trusted, the man who appealed for her return - was charged with her murder. Tia Sharp: A Family Betrayal examines the appalling case of an evil step-grandfather who betrayed his families trust, deceived friends and neighbours, and cut short the life of a young, well-loved girl. An insight into the facts behind the murder, the court case and the aftermath of one of the most shocking crimes a family should never have to face.

Nigel Cawthorne is an Anglo-American writer of fiction and non-fiction, and an editor. He has written more than 80 books and has contributed to the "Guardian," the "Daily Telegraph Daily Mail," " "and the "New York Times." He has appeared on television and BBC Radio 4's Today program.