Items related to The Art of Hurling: Insights into Success from the...

Daire Whelan The Art of Hurling: Insights into Success from the Managers

The Art of Hurling: Insights into Success from the Managers 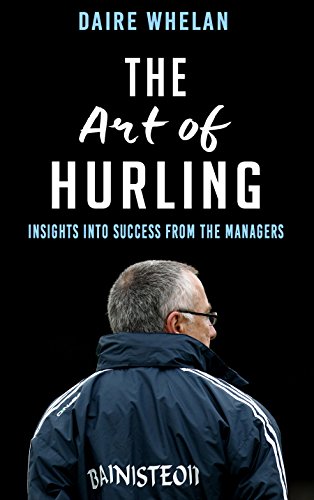 How are some hurling managers able to transform losing teams to All-Ireland champions in a short time? What is it about their philosophies and beliefs that makes them unique and successful? What are their thoughts on the future of hurling in this period of unprecedented focus on the game and its development? Daire Whelan uncovers the ideas and methods of some of the game's most successful managers. Tracing the evolution of hurling managers from the 1970s up to the present day, he has spoken to some of the game's most enlightened thinkers from that period, including Eamon O'Shea, Anthony Daly, Justin McCarthy, Eamonn Cregan, Babs Keating, John Allen, Cyril Farrell, Liam Griffin, Ger Loughnane, Diarmuid Healy and Terence 'Sambo' McNaughton. Managers who not only won All-Irelands or provincial titles in unique circumstances, often ending decades-long losing streaks and usually bringing success within a season or two. They provide an insight into the traits and techniques of the greatest hurling managers.

Daire Whelan is an award-winning producer, journalist and author. He has been launch editor of joe.ie, producer of 'Off the Ball', weekend editor of Newstalk and producer of RTE's 'Drivetime Sport'. His previous books have been about the League of Ireland, Dublin GAA and Gaelic football managers. He was also ghost-writer for the Bord Gais Sports Book of the Year shortlisted 'Donal Lenihan: My Life in Rugby'.

1. The Art of Hurling