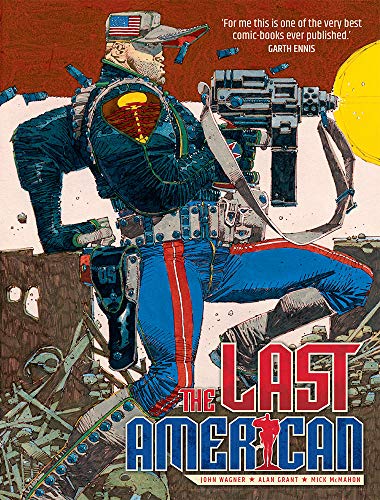 Twenty years after a global nuclear war destroyed the world, Captain Ulysses Pilgrim is woken from suspended animation by three military robot aides.  Selected by his superiors to survive the initial onslaught, Pilgrim now has one last mission; to scour through post-holocaust U.S.A. in the search for other survivors.

John Wagner is, to many fans, the very heart of 2000 AD. Involved from the earliest days of the Galaxy's Greatest Comic, he co-created Judge Dredd, as well as a whole cast of other memorable characters. His Paradox Press graphic novel A History of Violence was made into a major film by director David Cronenberg, and Judge Dredd adapted into a film twice, most recently in DREDD by Alex Garland and Pete Travis.