Items related to MURDER IN THE VALLEYS: A cozy Welsh crime mystery full...

MURDER IN THE VALLEYS: A cozy Welsh crime mystery full of twists 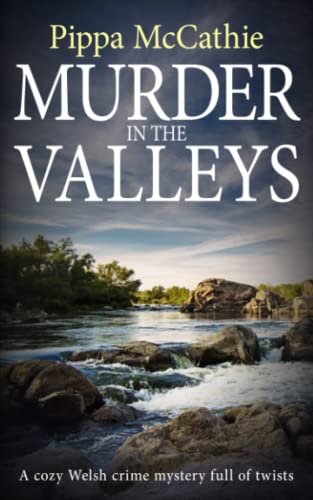 Ex-superintendent Fabia Havard is struggling with civilian life when a local girl is found dead.

Out walking near the rain-swelled river running past her small Welsh town, she comes across the body of Amber Morgan. Fabia’s police training tells her instantly that the death is the result of foul play. But no longer in the force, all she can do is call it in.

Yet she has mixed feelings when she discovers it is her former colleague, Matt Lambert, newly promoted to chief inspector, who will head the investigation into the girl’s death.

Despite this, having known the victim, and bored with her new job as an illustrator, Fabia can’t help probing into the murder. However, her inquiries further upset the quiet of the town. Not least her neighbour, busybody Rhona Griffiths, who was seen arguing with the victim the day before her death.

Fabia’s activity bothers Matt Lambert but time and time again Fabia’s instincts are proved right. He can’t help leaning on her in order to progress the investigation but that will also involve confronting why she left the force years ago.

Can they put their differences aside and work together to bring the perpetrator to justice despite Fabia’s painful past being brought up again? Or will Fabia’s moonlighting get her into further danger?

MURDER IN THE VALLEYS is set in the fictional town of Pontygwyn in the Welsh valleys under the shadow of the Black Mountains. It will appeal to readers who like traditional whodunnits, those who like the landscape, atmosphere and people of South Wales, and everyone who likes a good read that keeps you turning the page.

MURDER IN THE VALLEYS is FREE with Kindle Unlimited and available as an audiobook.

1. MURDER IN THE VALLEYS: A cozy Welsh crime mystery full of twists