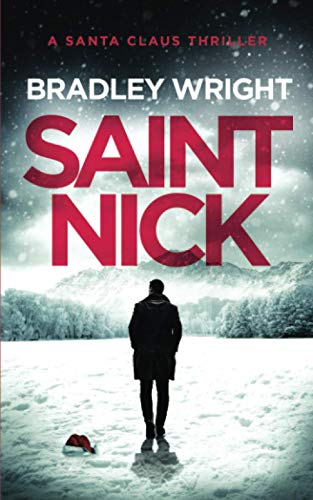 Book Description Independently Published, United States, 2019. Paperback. Condition: New. Language: English. Brand new Book. Not only is Santa Claus real . . . He's a real badass.International bestseller Bradley Wright presents the perfect stocking stuffer for every thriller lover this Christmas. ????? "A rip-roaring take on Santa that only Wright could pull off!" -Glenda DumingArmy Ranger Nick Campos was never meant to be Santa Claus. He knows nothing about kids, he certainly isn't jolly, and he hasn't eaten a cookie in over a decade. But as Santa is dying of a heart attack, whether Nick wants them or not, Santa bestows his abilities upon him, and changes Nick's life forever.A year later, Nick has found a way to use the abilities Santa passed along in a way that only a hardass Army Ranger could. To fight the bad guys. And he plans to bring new meaning to the classic line "he knows if you've been bad or good, so be good for goodness sake."However, there is one terrorist in particular that pops up on the radar that Nick is all too familiar with. Because he's the monster that killed Nick's closest friend a few years back. Can Nick use his newfound tools to stop an old enemy's plot to kill more innocent people? Or will Nick--the world's best new weapon in the fight against terror--fail to deliver against an evil that is much more prepared for him than Nick could have ever imagined?This Christmas, Santa Claus is still coming to town, but this time he's bringing a fat sack of justice with him. If you like escaping with a good holiday story, but also love a thrilling romp in the vein of Vince Flynn's Mitch Rapp, Lee Child's Jack Reacher, Brad Thor's Scott Harvath, Tom Clancy's Jack Ryan, or David Baldacci's Will Robie, you'll find a lot to love about Wright's ridiculously fun SAINT NICK. Seller Inventory # APC9781707895984