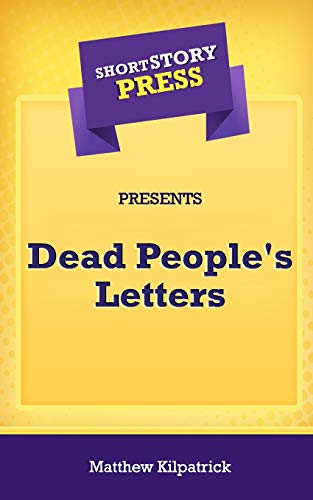 Book Description Paperback. Condition: New. Language: English. Brand new Book. Short Story Press Presents Dead People's Letters "Dead People's Letters" is a story that should appeal to fans of ghosts and zombies as well as fans of Fyodor Dostoevsky's classic works. It not only places the undead in the middle of 19th century Russia, but also makes them the central characters of the story and also good friends with one another. "Dead People's Letters" is a complex and layered story that examines: - The relationship between the body and the soul, and where one leaves off and the other begins.- The differing physical and mental natures of men and women.- The theme of obsession, and being the object of another's obsession.- The theme of desperation and deciding what one is willing to do in order to become free of a tormentor. The letters between Ivan Pavelovich and Philippa Pytrovna tell the story of both characters, and how though each is dealing with their own problems, their plight eventually becomes a shared one and they realize that only the two of them truly understand each other's situation, and they can only rely on one another for help, guidance and solace. They also learn that it is only through one another that they can escape from their seemingly doomed existence. Short Story Press publishes short stories written by everyday writers. Seller Inventory # APC9781648910845