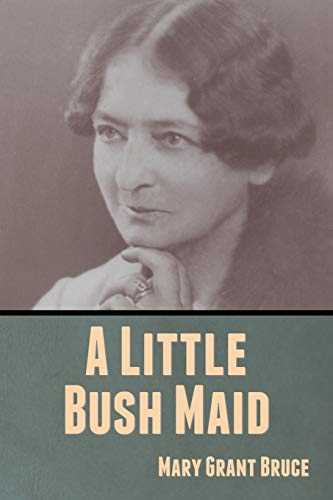 Book Description Paperback. Condition: New. Language: English. Brand new Book. Mary Grant Bruce (24 May 1878 - 2 July 1958), also known as Minnie Bruce, was an Australian children's author and journalist. While all her thirty-seven books enjoyed popular success in Australia and overseas, particularly in the United Kingdom, she was most famous for the Billabong series, focussing on the adventures of the Linton family on Billabong Station in Victoria and in England and Ireland during World War I.Her writing was considered influential in forming concepts of Australian national identity, especially in relation to visions of the Bush. It was characterised by fierce patriotism, vivid descriptions of the beauties and dangers of the Australian landscape, and humorous, colloquial dialogue celebrating the art of yarning. Her books were also notable and influential through championing of what Bruce held up as the quintessentially Australian Bush values of independence, hard physical labour (for women and children as well as men), mateship, the ANZAC spirit and Bush hospitality against more decadent, self-centred or stolid urban and British values. Her books simultaneously celebrated and mourned the gradual settlement, clearing and development of the Australian wilderness by Europeans. Bruce was a contributor to many magazines, including Blackwood's Magazine, the Morning Post, the Daily Mail, Windsor Magazine, Cassell's Magazine, the Strand, The Argus (Melbourne ), The Melbourne Age, The Melbourne Herald, the Australasian, the Leader, The Sydney Morning Herald, The Sydney Mail, the Lone Hand, the Auckland Weekly Press, Woman's World, the West Australian and the British Australasian. She claimed to have written on every subject save that of dress. Bruce edited Woman's World for six months in 1926. ). Seller Inventory # AAV9781636370200