Items related to Autobiography of a Yogi

Yogananda, Paramahansa Autobiography of a Yogi

Autobiography of a Yogi 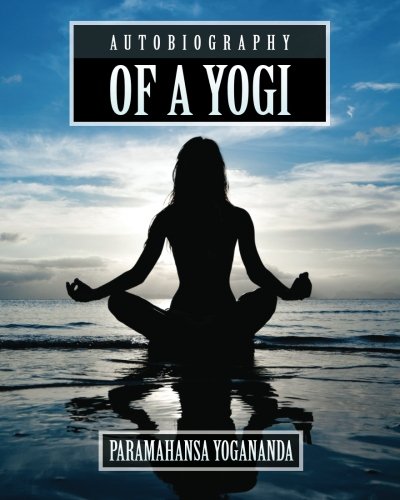 Autobiography of a Yogi is an eloquently written story of an extraordinary life and an inspiring meditation on the art of yoga. Written decades ago, this poignant autobiography still has ample vigor and relevance in today’s world.

A must read for all age groups. I am not at all a spiritual person , even though I didn't order it myself,but my mom did. I just found this book in my home or now can say the book found me.I opened it to move some pages but happened to read it and can say that although I'm a non spiritual person, I like this book so much that I now read it again and again.It's not a book aimed at converting someone,its a really interesting book to read ,full of very exciting,interesting experiences. A must read for all age groups and cultural back grounds. --Student Dec 25, 2011

A must read,this book is outstanding... one should read it at-least once in their life time. it is a merger of science and spirituality, and explains a lot of spiritual experiences in A scientific way. those who are seekers will be benefited in their own individual growth as it is highly recommended by many spiritual masters. --Neetu Jul 3, 2014

A beautifully authored book and a timeless classic. More of an enthralling adventure rather than some faux-religious book. Doesn't enforce any particular form of worship and very secular in approach. --Dr. Aditya Dec 16, 2012

Yogananda was born in Gorakhpur, Uttar Pradesh, India to a devout family. According to his younger brother, Sananda, from his earliest years young Mukunda's awareness and experience of the spiritual was far beyond the ordinary. In his youth he sought out many of India's Hindu sages and saints, hoping to find an illuminated teacher to guide him in his spiritual quest. Yogananda's seeking after various saints mostly ended when he met his guru, Swami Yukteswar Giri, in 1910, at the age of 17. He describes his first meeting with Yukteswar as a rekindling of a relationship that had lasted for many lifetimes

1. Autobiography of a Yogi (Paperback or Softback)

2. Autobiography of a Yogi

3. Autobiography of a Yogi (Paperback)

4. Autobiography of a Yogi

5. Autobiography of a Yogi

7. Autobiography of a Yogi