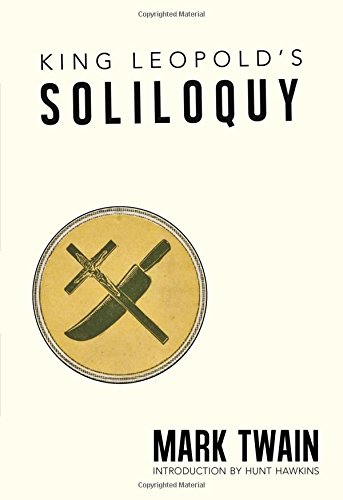 In Mark Twain's satire, a raving King Leopold of Belgium launches an impassioned defense of his gruesome policies in Africa, claiming his divine right to brutalize the Congolese people. A scathing condemnation of imperialism and the violence that it incites, Twain's words retain all of their vitriol over a century later. For years this remarkable work, which lead the first international campaign for human rights, has only been reproduced in low-quality facsimile. Using the original 1905 release, The University of New Orleans Press has restored the manuscript with new typesetting and archival photographs. In a new introduction, Dr. Hunt Hawkins provides crucial insight into Twain's mindset as he pushes for social reform. Although Twain likely never knew the impact of his campaign, King Leopold's Soliloquy remains a hallmark of anti-imperialist rhetoric and a testament to the power of Twain's words.

Book Description University of New Orleans Press, 2016. Paperback. Condition: Good. Connecting readers with great books since 1972. Used books may not include companion materials, some shelf wear, may contain highlighting/notes, may not include cdrom or access codes. Customer service is our top priority!. Seller Inventory # S_255033569

Book Description University of New Orleans Press, 2016. Paperback. Condition: GOOD. Has little wear to the cover and pages. Contains some markings such as highlighting and writing. Supplemental materials are not guaranteed with any used book purchases. Seller Inventory # 1608011186_abe_gd